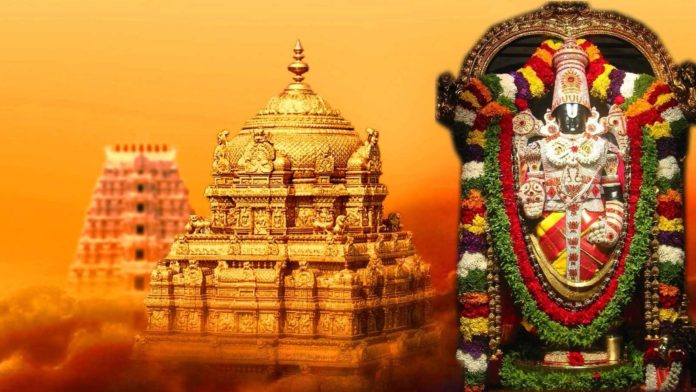 “Either out of ignorance or arrogance; out of negligence or compulsion, whatever the reason, the Indian government today is committing the gravest and the most unpardonable sin against holy Lord Sri Venkateswara, the most powerful God of this universe, against Whom no brutal or cosmic force can ever dare to commit even a small error”

Millions Of Devotees from many religions and many parts of the world are visiting the seven holy hills of Tirumala every year thus making the Tirumala Temple the most visited place of worship on the planet today and Lord Sri Venkateswara – the most worshiped God.

In all, about four hundred and fifty nithya sevas (daily sevas), rituals, divine procedures and spiritual services are performed or offered, every year, to Lord Venkateswara, the principal deity of the Tirumala Temple.

All these rituals and sevas are performed strictly in accordance with the rules and principles laid down, several thousand years ago, by Sage Vaikhanasa.. Called the Vaikhanasa Bhagavth Shastra, this Shastra is the guiding principle for all the rituals that are currently being performed in the Tirumala Sri Vari Temple, everyday.

As per this Shastra, many Gods, Goddesses, Gandharvas and holy angels are constantly standing in prayers and are having, from the skies or from the celestial world, an ‘Aroopa Darsana’ or a view of the formless Lord Venkateswara, residing on the earth’s Tirumala hills..

The Agama Sastras say, “All these divine personalities are constantly gazing at Him with great reverential attention”.

Keeping this aspect of divinity on the Tirumala Hills in view, the Vaikhanasa principles prohibit any Vimanas or metal flying objects flying in between these celestial devotees and their holy Lord Venkateswara.

That means no flying objects or air crafts should be allowed to fly over either the Tirumala Temple or over the seven hills of Tirumala.. That is what at least the laws of the Vaikhanasa Agama school proclaim.

And anyone, whomsoever it is, going against these principles of Vaikhanasa are presumed to be committing a grave sin not only against the holy doctrines of the Tirumala Temple but also against the holy Lord Sri Venkateswara Himself and hence would be punished with severity..

Now, that is exactly what the Narenadra Modi – led Indian government is doing today thus drawing the wrath of Lord Venkateswara which may not augur well for our nation.

What Exactly Is The Sin Committed By The Indian Government..??

Ever since Aircraft was invented, the governing council of the Tirumala Temple was making pleas to the Indian Government to declare the seven sacred hills of Tirumala as a ‘no fly zone’ but no party had so far taken any serious note of it.

However, this issue became very serious in the year 2009 when the then central Home minister, P.Chidambaram had openly expressed concern in the Indian Parliament saying,

“The Tirumala Temple is one of the prime targets of the Islamic terrorist groups and needs constant high quality security coverage.. The seven hills also should immediately be declared as a no fly zone because these terrorists, just as they did in America, may use the air route to cause large scale destruction on the holy hills”.

This disturbing statement of Chidambaram took the world of Lord Venkateswara devotees by shock and left them speechless..

But quite surprisingly nothing had happened thereafter and no one at the centre took a serious cognizance of this grave issue, despite there being a constant threat to the world’s most sacred and the richest Temple, which has also been the pride of our Nation for several centuries. 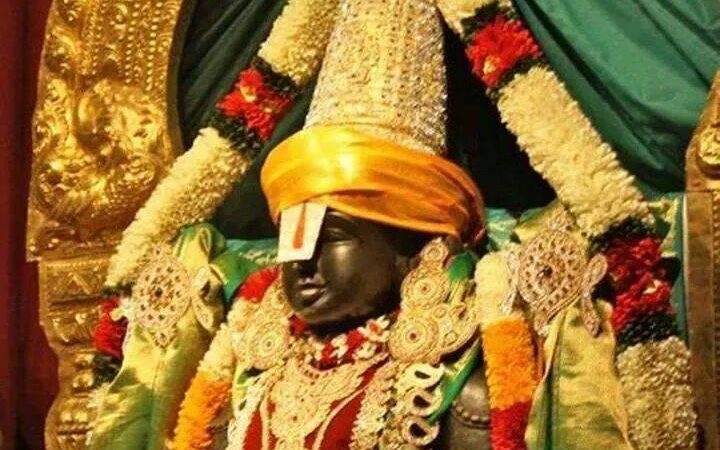 A Parliamentary Committee, headed by former B J P home minister, L.K. Advani, had visited the Tirumala Temaple and conducted a thorough inquiry there and had also visited each and every strategic point on the Tirumala hills.

After that, the Parliamentary Committe was convinced that “Tirumala Temple is certainly a sensitive point and should immediately be declared as a ‘no fly zone’..”.. Advani had personally assured the then TTD board that he would strongly recommend to the central government in favor of declaring Tirumala as a no fly zone..

On the assurance given by Advani, the members of the TTD board too had passed a resolution and had then sent a request to the government to step in immediately and declare Tirumala as a no fly zone.

Still nothing had happened thereafter and the Sonia Gandhi government too just slept over the issue without taking any decision either in favor of Advani’s recommendations or against them.

However, after the strong Hindutva party, B J P had won the elections at the centre, in 2014, and after Narenadra Modi had become the prime minister of India, everyone associated with the Tirumala Temple thought,”now declaring Tirumala hills as a no fly zone is just a formality”..

That was also what every ardent devotee of Lord Venkateswara too thought, “because a Telugu man by name Ashoka Gajapathi Raju, belonging to the state of Andhra Pradesh where the Tirumala Temple is located, had become the central civil aviation minister”.

However, that did not do any good either to the Tirumala Temple or to the fraternity of Lord Venkateswara devotees because Raju too slept over the issue without making any noticeable noise in the Indian Parliament.

In fact, things went from bad to worse during his period and finally on the 19th of July, 2016, shocking every devotee of Lord Venakteswara and also the authorities of the Tirumala Temple,

The Minister Of State for Civil Aviation, Jayanth Sinha, had announced in Rajya Sabha, the upper house of Parliament, that it is not possible to declare Tirumala as a no fly zone and closed the issue there, once and for all.

In his statement the Minister had said,”There’s an international airport at the foot of the Tirumala hills, so, declaring the hills as a ‘no fly zone’ would make the flying for air crafts an uncomfortable affair..

Due to terrain constraints around the Tirupati airport, the airport is already restricted to single runway operations and any additional restrictions in the form of no fly zone over Tirumala hills will further reduce the accessibility to such an important airport”.

Yes.. We agree with the honorable minister and also we, as the responsible citizens of India, must understand his claims too..

But at what cost.. ???.. At the cost of safety to the world’s greatest heritage site and to the most sacred place for Hindus on the Earth.. ??

Will the Government say the same if there’s a huge Mosque or a Church there in place of the Tirumala Temple on the hills.. ??..

First of all, would the things have come this far at all..??..

We don’t need to be graduates from Harvard University to answer these basic commonsense questions.. Secondly, as I understand, the Tirupati airport is an old airport and is at a reasonably good distance from the Tirumala Hills.

Let me explain a point here but before that please understand that am only a traveler and not an Aeronautical Engineer to understand these points but there are two options here that the Indian government should have taken into consideration before taking such a hasty decision particularly when it is related to the sentiments of millions of devotees of Lord Venkateswara.

ONE : As I have observed, Tirupati airport is a small airport and in fact looks like a village railway station.. Even otherwise the air traffic here is pretty low when compared to other bigger cities like Hyderabad and Bangalore.

If Tirumala Hills were declared a no fly zone then each aircraft taking off from this airport may have to fly for a few extra miles more to avoid flying over the Tirumala hills.. This may not be to the liking of the air craft operators..

If that is the point, then why is that the Indian government had not bend their heads and make them agree to the proposal that “Tirumala hills should forever be declared a no fly zone”..

At least in the larger interests of the nation, Temple and the devotees the Indian government should have done this.. But it didn’t do.. Why..??

Most importantly, why is that such a crucial decision is announced by a Minister Of State when there’s a cabinet rank minister from Anshra Pradesh there in the ministry.. Was he asked to keep his mouth shut..??.. If so by whom..??.. And why..??

I may have missed some links here and I may also be wrong in my opinion because am not a technical expert, as I said before, to talk on airport operations but as a responsible citizen of India and more so as an ardent devotee of Lord Venkateswara. I strongly feel, there’s pertinence in my questioning.. 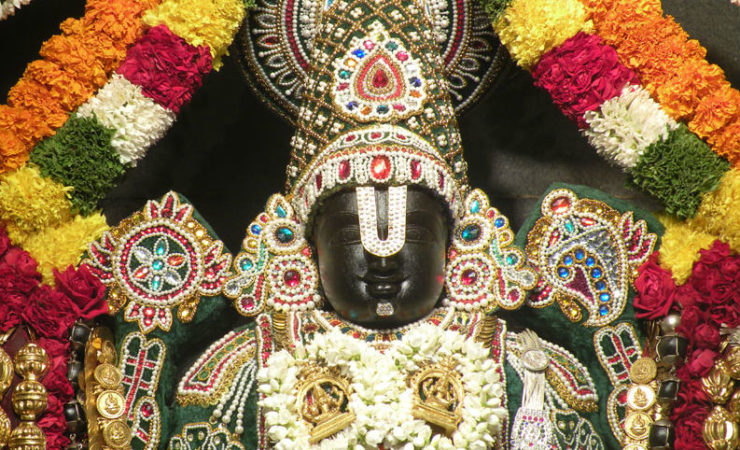 TWO : The Indian government should have deferred it’s decision and instead should have suggested the shifting of the current airport from the present place to a bigger and a farer place from the Tirumala Hills.

Another three or four years would have gone but at least the authorities would have found a permanent solution to the problem and our holy Tirumala Hills would have forever remained a no fly zone.. Looks like the honorable Indian government did not even consider this option.. If so.. Why.. ??..

My dear reader.. If I go on asking questions after questions like this then am sure I will never be able to end this article today so I take a break now and pause my questioning here but not before revealing the

The Tirumala Tirupati Devasthanams (TTD) board had long ago appointed a council of well learned scholars in the field of Agama Suthras as it’s advisers to monitor, ” whether the nithya sevas are performed in Tirumala Temple and all it’s associated Temples in accordance with the Vaikhanasa Agama Suthras or not”.

It is also the duty of these advisers to warn the TTD board if there’s any violation anywhere in the practices or implementation of these Suthras..

Quite shockingly, none of these great scholars had come out in open and condemned the irresponsible act of the Indian Government saying, “this is much against the Agama Suthras and a grave sin committed against Lord Venkateswara, by the Indian government, for which we all may have to face His wrath one day”.

My question here is, “Why is that these scholars are keeping quiet at a time when they have to raise their voice in protest against Indian government’s decision and be heard all over the world”.

May be my beloved Lord Sri Venkateswara Himself would provide answers to all my above question some day.. Until then,