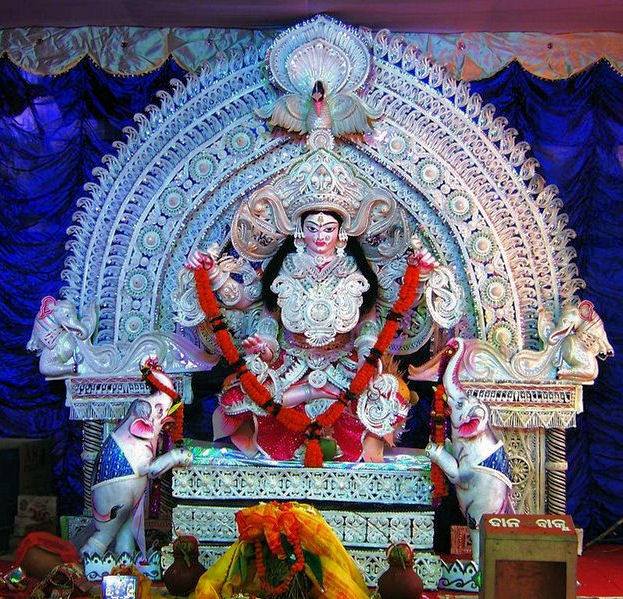 Please Click Here to read the previous parts of this story..Now please continue reading this part..

Was the great Vedic scholar whose name Goddess Gayathri had revealed to mystic Brahmin Subbarao when he was deep in his meditation that day..

“Dear Subbarao,Venugopala Sastry will sit in the “Brahma Sthaanam” and perform the “Maha Yagnam” for the well being of humanity..Go and meet him..” was what the Goddess told..

It was then that Subbarao met both his friends,Bhaskara Murthy and Ivaturi Veerabhadra Rao,that evening in Visakhapatnam,and discussed at length with them about the possibility of meeting Sri Venugopala Sastry,at the earliest..

But Who Is Yanamandra Venugopala Sastry..????

Reverentially called “Sroutha” and “Daiva” Siromani by hundreds of thousands of his followers living all over the world,Brahmasri Yanamandra Venugopala Sastry is a multi faceted living genius and is a scholar extraordinary currently residing in the Telugu district of Vizianagaram in Andhra Pradesh state..

However,Sri Venugopala Sastry’s hunger for Vedic learning did not end there,as he walked a few steps further,in his life,and learned six more Vedangas (Shat Angas) from Brahmasree Sitarama Shukla of Hyderabad thus becoming one of the very few blessed masters in this world to have mastered the not easily accomplishable “Saango Paanga” Veda Vidya..

Later,for a living,Sri Venugopala Satry joined the Munnalal college of oriental studies in Hyderabad and worked there as a Sanskrit lecturer for a few months..Feeling heart broken reading so many news,day in and day out,about the multiple natural calamities that were claiming thousands of human lives all over the world,Sri Venugopala Sastry thought,

“.Gayathri manthra is the only powerful manthra in this universe that can save my human world from all such atrocious calamities that are constantly claiming lives of many of my fellow human beings today.. And I,as an utterly selfish human being,working here far away from my home place to earn money for my survival and for the well being of my family..How unfair..

If everyone in this world thinks about only his survival and his family’s well being then who will think about the well being of our humanity..Having been blessed with a human life on this planet what is that am in turn doing to help my fellow human beings who are in constant agony..Shame on my part..

If there’s purity in my thought and honesty in my effort then Nature shall unmindfully support me; Gods shall unconditionally bless me and people shall unequivocally follow me..At least I should make some beginning now at least now and put forth my one foot forward in a positive direction..And to do that I must quit my job..Immediately..”

At this place,a small hamlet on the banks of holy river Godavari,Sri Venugopala Sastry performed a strict penance and completed one punascharana of the Gayathri Manthra,in one go..(One punaschrana of this manthra is equal to twenty four lakh times recitation of the same)..

With this punascharana and with the power of ‘Manthra Sidhdhi’,he,as a result,acquired,Sri Venugopala Sastry performed hundreds of yagnas,yaagas and homams all over the world very much for the well being of our humanity..

During all such sacred procedures,Sri Venugopala Sastry had the rare distinction of moving closely with many distinguished holy Hindu saints and peetadhipathis,including His Holiness the Paramacharya of Kanchi Kama Kothi Peetham,the Maha Peryava Sri Sri Sri Chandra Sekharendra Saraswathi..

At that stage,Sri Venugopala Sastry thought,”The holy Vedas that are the most essential lifelines of our humanity may perish in course of time if no proper measures are taken by someone today to preserve them for future generations..

As long as am alive on this planet I must do my best to preserve the sanctity of these holy Vedic texts and do my best to continue the Veda parampara..I should train students at a very young age and pass on my knowledge to them..They shall in turn pass it on to the future generations..This way the holy Vedas shall become perennial rivers that would quench the thirst of my future fellow Indian scholars..”

What a noble man and a what a divine thought..??..

With that divine intention in his mind,Sri Venugopala Sastry.on one fine morning,as though driven by all the cosmic forces in this world,went straight to the holy Kanchi Mutt and sought the private audience of His Holiness the Paramacharya of Kanchi Kama Kothi Peetham,Sri Chandrasekharendra Saraswathi..

After he was granted private audience by the Kanchi Mutt,Sri Venugopala Sastry.shared with His Holiness,his thoughts about the holy Vedas and the immediate need to preserve them..

Swamy..I want to set up a Veda paatasaala in Vizinagaram and impart training in Vedas and Vedic scriptures to young students,free of cost..I don’t have much money and many resources to do all that but am sure my Goddess Sri Vidya who gave me this thought would certainly help me achieve this..

Swamy,as I always believe “if there’s purity in our thought and honesty in our effort,all the cosmic forces in Nature will group together and help us..I believe the same now and wish to move ahead with my plan of course with Your divine blessings..I request Your esteemed Holyself to bless me and suggest a suitable name to my Veda Paatasaala..”

His Holiness,the Paramacharya of Kanchi who was until then listening to His ardent disciple and His close confidant – who had conducted many spiritual activities on behalf of the sacred Kanchi Mutt all over the world – smiled a bit..

Later,He closed His eyes for about two minutes..Then opened them..And then with a gentle smile on His lips,stated,

“Dear Venugopaalaa..There’s nobility in your idea and it would certainly get Parameswari’s blessings.. May your veda paatasaala be named as “Sanathana Gurukula Aasrama Sri Vidya Peetham”..May Her divine blessings be with you forever..”

Let us all stand now and offer our salutations to this noble living legend of Vedic genius,the holy acharya Brahmasri Venugopala Sastry..

Let us come back to the main story..

After about two days of their first meeting regarding Sri Venugopala Sastry,the three friends,Subbarao, Bhaskara Murthy and Ivaturi Veerabhadra Rao met again,on one one evening,in Visakhapatnam..

Starting the conversation,Bhaskara Murthy said,”Through my sources,I have contacted Sri Venugopala Sastry’s asram and spoke to a couple of main persons there regarding our appointment with him.. They said they would personally discuss with him and get back to us at the earliest..

Luckily,right now,the holy acharya is very much there in the asram,in Vizianagaram,spending time with his students..He would be there for a few more days as well..”

“Very nice Bhaskara Murthy..When should we contact them again”,Subbarao asked..

“May be after about two days..They said they will call us..They took my number..Let us wait for these two days..If not I shall any how call them after two more days..”,replied Bhaskara Murthy..

At that point,Ivaturi Veerabhadra Rao said,”I too inquired through my friends in Chennai who attended some of the spiritual activities conducted by Sri Venugopala Sastry..They all said that he follows strict discipline and doesn’t compromise on the quality of goods used either during the yaagam or homam..

They said that he also strictly follows the vedic scriptures and never allows his Rithviks to use one item in place of the other..For example,if he says that Cow ghee should be used during homam he would insist on Cow ghee alone and doesn’t allow Buffalo ghee to be used in it’s place even though Cow ghee is not available anywhere in town..

In such a case he would stop all the sacred procedure and wait for hours until Cow ghee is brought from some other place..It is so,he says,scriptures in Vedas are like theorems in Algebra..If one step goes wrong everything goes wrong..Similarly,if the holy procedure is not followed strictly according to the rules laid down in the holy scriptures then the desired results would not be obtained..”

Nodding his head,Subbarao said,”Sri Venugopala Sastry is right..Scriptures in Vedas are like theorems in Algebra..If one step goes wrong everything goes wrong..I now understand why it doesn’t rain at all even though Varuna japam is conducted by many state governments and performed by many learned Vedic scholars..

It means,although learned,these Vedic scholars are compromising somewhere or at some point of time during their performance of the Varuna japam..Well..It may be due to financial constrains or may be due to political compulsions..Otherwise why would the Varuna japam not give results when it has been giving for several centuries now..”

So on and so forth the interesting conversation went on between the friends trio,for another couple of hours,after which they departed for their respective destinations..

Exactly,two days after that meeting of the three friends..

“Great news Subbarao..Just now received a call from Sri Venugopala Sastry’s asram..They asked us to come and meet him the next Thursday..Right away I shall inform the same to Veerabhadra Rao..We have three more days left in between..I shall make all our travel arrangements..”

Later,during the early hours of the said Thursday.the three friends,Subbarao,Bhaskara Murthy and Ivaturi Veerabhadra Rao,along with a couple of other friends,left for Vizianagaram to meet the legendary Brahmasri Venugopala Sastry..

On reaching Vizianagaram,the friends were cordially invited by some young vedic scholars of the veda paatasaala..Later they were asked to sit comfortably in a cottage..There was great excitement in everyone there..Subbarao was nervous..

Bending towards his shoulder,Veerabhadra Rao said,”He’s a very serious personality and gets angered easily..So be careful in your selection of words and think twice before uttering anything before him..”..

A swaet filled Subbarao,who was already nervous became more nervous with what his friend said but silently nodded his head..

As though observing him,a cute looking five year old Brahmin boy brought butter milk in Copper glasses and placed them before the friends and said with a little shyness and with a lot sweetness in his voice,

(My dear we are already seated..But you didn’t tell us what your name is..Please tell us your pravara)

(In Hindu Brahmin culture,a Pravara is a particular Brahmin’s descent from a rishi who belonged to their gothra…In vedic ritual,the importance of the pravara appears to be in its use by the ritualist for extolling his ancestry and proclaiming,”as a descendant of worthy ancestors,I am a fit and proper person to do the act I am performing..”..SOURCE : Wikipedia)

(Ayyo..Am only five year old which is why they have not performed my Upanayanam..They say unless I complete eight years Upanayanam should bot be performed..It is for that reason they didn’t teach me Pravara..But my name is Gokul Nandan Sarma..Aathreyasa is our gothram)

Saying so the cute boy ran inside..The friends were shocked with the well mannered way the five year old boy was speaking..They all thought that it was certainly due to the training of a well enlightened scholar like Sri Venugopala Sastry..

One after the other,everyone picked up the copper glass from the tray,placed by the boy before them,and started slowly sipping the butter milk..

Just when they completed their drinking..

Just when they were placing the glasses back in the tray..