If M.S.Subbulakshmi is the queen of Carnatic classical Music in India, then Dr.Mangalampalli Balamurali Krishna is certainly the uncrowned king of the same kingdom.

If all the Motherly love in this world attains the form of Music, then Balamurali Krishna would certainly be her most favorite child.

If wealth is measured in terms of songs rendered, musical instruments learnt, concerts given and Ragas composed, then Balamurali Krishna shall forever remain the richest person on the Earth.

If all the Ragas and Swaras in Indian classical Music attain the form of a human being and are asked to do what they would like to do the most, they shall all stand in honor of this great Music genius called Balamurali Krishna and offer him their salutations for giving them more recognition than any other great Singer in this world had so far given them

If Goddess Saraswathi is asked to name her most favorite child, then She would undoubtedly quote the name of Gaana Gandharva, Balamurali Krishna.

And Such Dedicated Golden Voice

Of Balamurali Krishna that has thrilled millions of music fans all over the world, for eight long decades, had suddenly gone silent forever, on a tragic afternoon in Chennai, on the 22nd of November, 2016.

Literally, every Indian living on this planet today must have either grown up listening to this Music genius’s songs or must have heard him singing at least once in his lifetime..PEACE 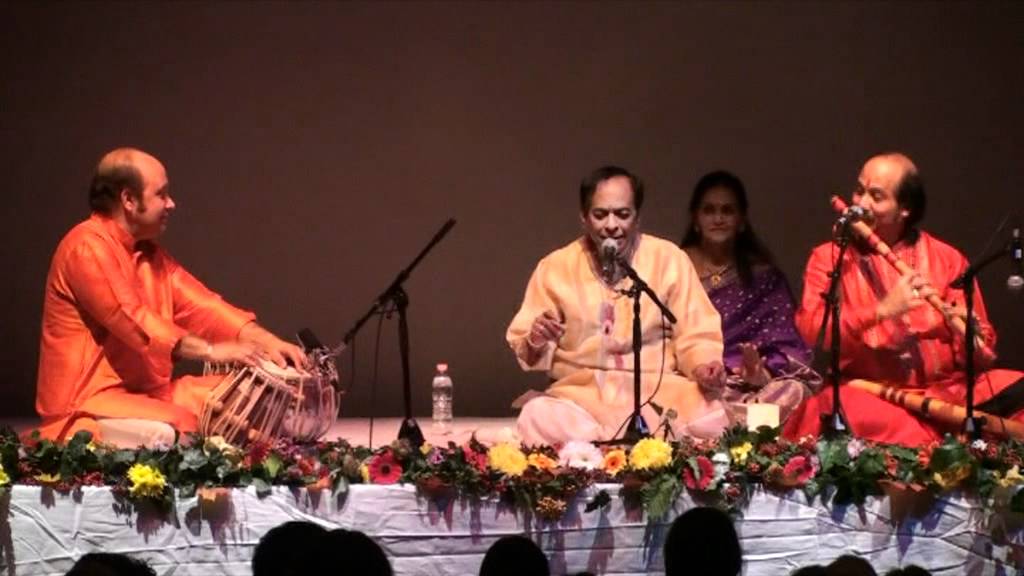 Occurred during a concert of Balamurali Krishna that was held in Tiruvananthapuram in Kerala, I believe, some time during the 80s.. Carnatic Raag Kalyani has been the favorite Raag of Balamurali Krishna all through his music life and he had openly quoted his liking for this Raag in many of his interviews and public appearances.

On that evening, during that concert in Tiruvananthapuram, Balamurali Krishna had literally taken the audience into a divine trance with his amazing rendering.. They all have just remained seated in their seats with closed eyes, as though hypnotized by a Hypnotist, and were enjoying his singing.

Later, taking the audience further into a higher level of divine trance, Balamurali Krishna had started rendering a melodious keertana in his favorite Raag, Kalyani..

Suddenly, during that rendering, a grace filled gorgeous looking young lady emerged from nowhere beside Balamurali Krishna on the dais.

Stunned by that young lady’s sudden appearence and more so by her grace, Balamurali Krishna, as though possessed by holy Hindu Goddess Saraswathi, had on that same dais spontaneously composed a small Krithi in Raag Kalyani in his native language, Telugu and sang in her praise.

After quietly listening to Balamurali Krishna’s rendering of that Krithi, he composed in Raag Kalyani in her praise, that lady slowly got up after he finished his rendering; silently walked down the dais; went ahead a few paces; and was never seen by anyone and anywhere thereafter.

Reminiscing this rare incidence during an interview he had given to Telugu newspaper, Sakshi, a couple of years ago, Balamurali Krishna had said,

“After I finished my rendering of that Krithi, that lady quietly walked away from me as silently as she emerged beside me on the dais.. The audience who attended my concert that evening are witness to this incidence..

Surprisingly, they are all clueless as none of them know her nor had seen her anytime before that.. Ever since, I strongly believe that my favorite Raag Kalyani had come in the form of an Angel that evening just to bless me”..

With the amount of divine experiences I personally had in my past or still having now with “Daivam Maanusha Rupena” Sriram Sir, If I have to draw my own conclusion to this incredible divine experience the ‘Adhunika Vaaggeyakar’, Dr.Mangalampalli Balamurali Krishna had that evening, during that concert in Tiruvananthapuram in Kerala, then I shall solemnly say,

“That grace filled gorgeous looking lady who silently emerged beside Balamurali Krishna during that concert, is none other than Goddess Saraswathi Herself, Who had specially come to bless Her favorite child for the way he had pleased Her with his amazing rendering that evening.. Agree.. ??.. Most importantly, Kalyani is the other name of Goddess Saraswathi”