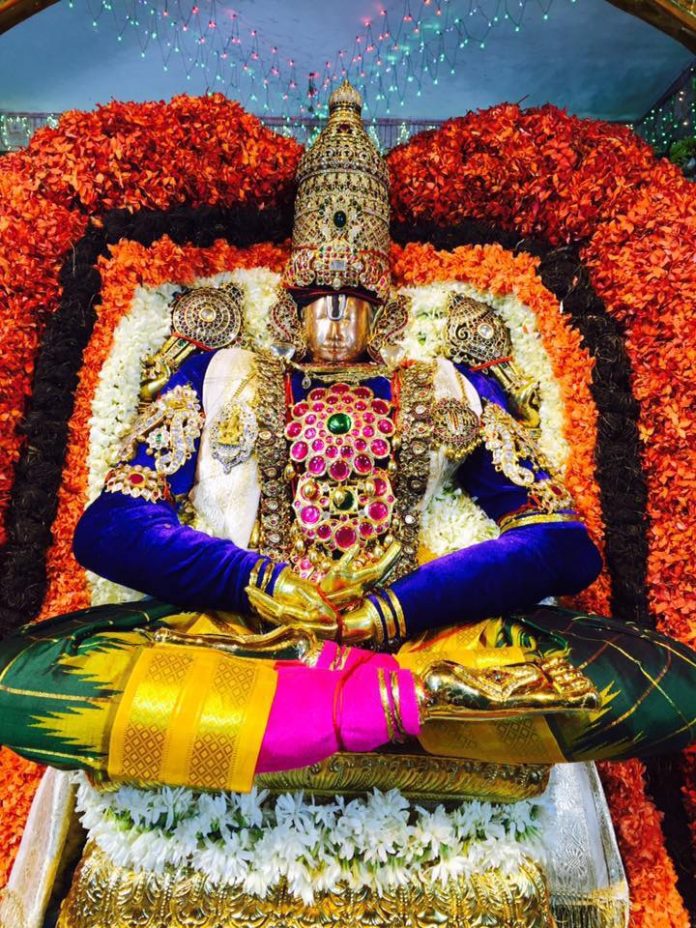 “He who gives much is rich; not he who has much.. It is well to give when asked; but it is better to give unasked, through understanding” – Khalil Gibran, The Prophet

Indescribable darkness all around..

Was the scenario in Bombay city..

In that dark hour of the night..

A 52 – year old tall and handsome looking man was restlessly walking in the long corridors of his luxurious bungalow, located in a plush area called, Juhu, in Bombay city – the city of the rich and the richest; and the poor and the poorest.

That man was walking so, for the previous fifteen minutes, waiting for an important phone call from his neighboring Ahmedabad city..

Fifteen minutes prior to his walking in that corridor, that man had booked an urgent trunk call to Ahmedabad city and was ever since waiting for that call.

After about ten more minutes of his restless walking in that lengthy corridor, the black colored telephone, placed on a corner table in that corridor, had suddenly started ringing.

The trunk booking operator on line had asked him, “Sir, did you book a trunk call to Ahmedabad”..

The operator then said, “your call is now connected.. Please speak”..

Holding the phone’s receiver close to his right ear, that man said in a quick tone, “hello”..

Later, for about four minutes, 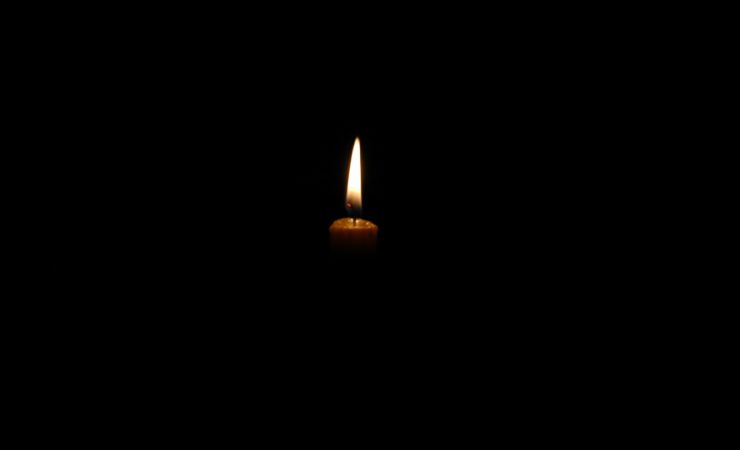 That man quietly went about listening to everything that the other man on line from Ahmedabad city was telling him in a low tone.. In about five minutes, that call ended.

Later, cradling the phone back in it’s base, with the same quietness with which he had lifted it before, that man slowly walked into his bedroom.. In the bed room, his wife was eagerly waiting for him to hear from him what that Ahmedabad man had told him.

Observing her eagerness, he told her, “Tomorrow’s program in Ahmedabad is confirmed.. Baldev had told me that despite heavy rains, flights from Bombay to Ahmedabad are still operational.. He asked me to come there by 6 in the evening.

He also had said that he had kept everything ready for me there.. I must reach Ahmedabad before six tomorrow.. It’s a life and death situation for them.. They are pretty big people and are also so dear to our family since my childhood.

They have helped us during our family’s bad times and it is now for us to pay them back and show some gratitude.. Just for this reason, I have cancelled all my appointments in Bombay for the next two days and had decided to go to Ahmedabad tomorrow..

However, am a little worried about the actual situation there.. It’s more complicated than I had expected.. Am unable to know what to do if something goes wrong there and what if I fail in my operation.. That would be a big setback for me.. I won’t be able to take that failure”.

Consoling her beloved husband, that lady had told him in a low tone, “Please don’t worry.. By the grace of God everything would go fine”.. Quickly turning to her, that man told her in a slightly irritated tone,

“Chandana, how many times I have told you not to talk about God in front of me.. Please keep your devotion to yourself and do not rub it on my head.. I have enough headaches to handle.

Am an atheist by birth and would love to remain so forever.. I shall never ever believe in the existence of God nor would you ever be able to turn me towards Him.

It is my strong belief, since childhood, that God is a surrealistic concept developed by a few ancient period losers to attribute all their failures to an imaginary super power they named, God.

These losers, who do not wish to accept their failures, have always tried to convince the world, around them, saying, “there’s nothing in our hands.. A divinity is shaping our lives”. What nonsense and what is that these people have been wrongfully propagating to the world for ages.

And you know what, dear..??.. All these days Moon is a word used by Astrologers.. Great women like you have even been offering it prayers.. But see what happened.. Man had not only landed on the same Moon, you all have been offering prayers, but had also conquered it.

Why a man, sweetheart, even a Dog had landed on the Moon.. That is the power of humanity today and the power of our modern day Science which you need to know a lot about..

Therefore, with folded hands, am requesting you, madam, not to convince me about your fools made imaginary character called, God.. Learn to live in reality.. At least from now”. 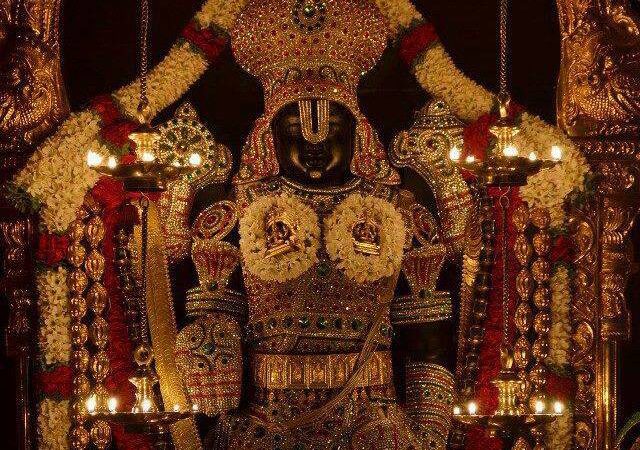 That well learned gorgeous lady – who comes from one of the most noble and aristocratic families of Western India – had authoritatively told him, “Sorry to say my beloved hubby.. Some people are so dogmatic in Nature.. They can never be convinced nor do they ever wish to see reality.. They live in a world of their own..

They always would build a strong argument around everything they speak and dislike to come out of that privy zone no matter how much reality there is in the argument of the opposite person.. What a tragedy, hubby dear..??

Why are your so called great Scientists of the Western world, who could even send a Dog on to the Moon, are unable to prevent an unwanted rain drop from reaching the ground.. Why is that America and Russia or so many other so called developed nations of your so called modern world today are unable to protect their Nations from the wrath of Nature.

That means, my beloved hubby, there’s something beyond our human imagination and some force that we humans are not able to control or comprehend..

And that force, you and your modern world Scientists need to know a lot about, is the Omnipotent, Omnipresent and Omniscient Supreme Cosmic Force called, GOD.

And it is that force and it’s associated Divinity, whether or not you agree my hubby, is what is shaping our lives and designing our destiny, today.

Who cares what people like you – the so called protagonists of this so called modern world – say about this Divine Cosmic Force.. It hardly matters for us.. God exists and would exist forever.. Please note this point, my beloved”.

Laughing loudly this time, that man told his wife,

“Oh, is that so, dear.. Do you mean to say all the success, name, fame, money and status that I have earned with all my hard work and that too within a short span of my life were shaped by His Divinity.. Oh, come on, dear.. Give me a break.

But wait.. For a moment, let me agree with you.. If all that you say is true, then my dear, ask your so called Omnipotent, Omnipresent and Omniscient Supreme Cosmic Force called, GOD to prove His existence to me; prove His Divinity to me; and prove that He had shaped all my life and had designed all my destiny.. Then I go with you.

That’s not all.. I shall also unconditionally donate fifty percent of our massive wealth to the under privileged in our society and also shall remain your God’s humble servant for the rest of my life..

And for whatever reason, my dear, if your so called God doesn’t prove His existence to me, at least in the coming few months, are you ready to believe in my strong theory that God doesn’t exist”.

“Yes sir.. Am ready” quickly said that gorgeous lady.. She further said, with a provocative smile dancing on her lips, “Challenge accepted”.. Later, for about fifteen minutes, silence ruled that bedroom – the kingdom of silence.

After fifteen minutes, that man told his wife, 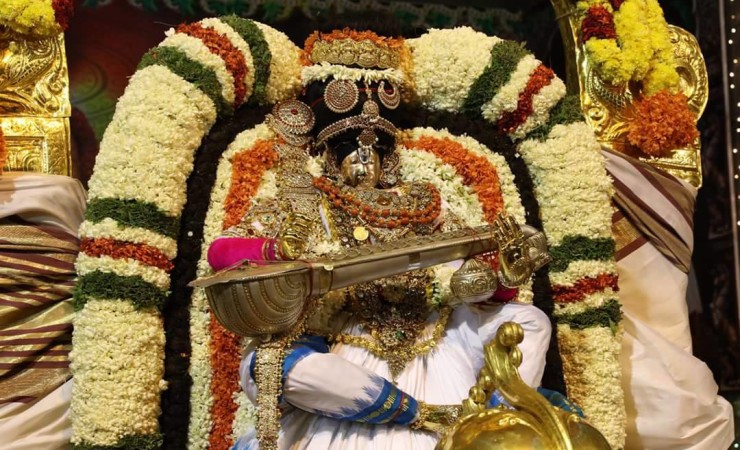 That man stepped out of his luxurious bungalow in Juhu, to leave for the nearby Santa Cruz airport to board his flight to Ahmedabad.

His wife accompanied him up to his Daimler Limousine DS420 car and stood there until he had boarded the car..

After he boarded it, she had slightly bent her body, like a bow in an ace Archer’s hand, and slowly send her head into the car, through the window, and told her husband, “good luck dear.. Would love to receive you back home, soon.. So long.. “..

With a smile, he too had replied, saying,”thanks and same here dear.. See you soon.. So long…”

As a fully armed guard at the gate had kept the gates fully open,

The rich car, carrying one of the richest and also the most renowned personalities of the aristocratic Bombay society had zoomed past that main gate on to the Juhu – Tara road; took a steep turn; and then with the same speed had proceeded towards the Santa Cruz  airport.

The weather was still inclement..

The rains were still incessant..

The winds were still intolerable..

In Bombay city – the city of the rich and the richest and the poor and the poorest.. PERIOD

Unaware of all the..

To be played by..

In the life of that rich man that day..

Please Click Here to read the next part of this story.

DISCLAIMER : This is not a true story but a heart touching human story based on a small true life story that I have heard from a great man, a few weeks ago, in a spiritual meeting held in Hyderabad..