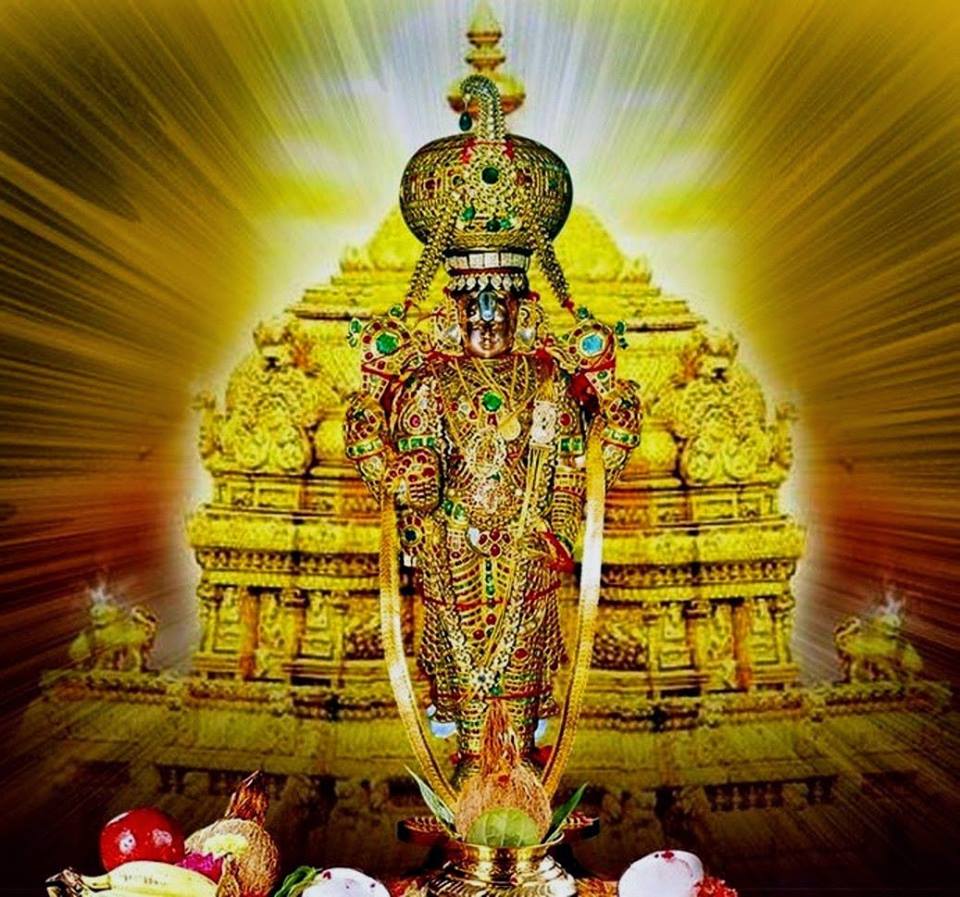 When the British army was camping at a station called Thakkolam, a place close to Vellore in Tamilnadu, a British soldier by name Le Vellian – belonging to the 33rd regiment of the British Army – was lying down almost dead in his bed, for many days, after he was brutally injured by a bullet.

After several days of battle with his life and with no further hopes left for his recovery, Le Vellian was left to his fate by the British army doctors.. Le Vellian too was literally praying for a peaceful departure from this world.

And exactly at that time, one day..

A 12 – year old mystic Hindu boy came to serve Tea in that army camp.. After serving Tea to all the major officials in the camp, the boy then went slowly to Le Vellian’s bunker and greeted him saying..

At that time, Le Vellian was lying in an extremely sick condition on his bed.. He was just alive and nothing more than that.. Without even turning his head towards the tea boy, Le Vellian too said “Good morning” but with a little disinterest in his voice.

Transferring Tea into a cup, the Tea boy then said,”Sir, with your kind permission may I tell you something..?? ”

“Whattt..??” asked a fully irritated Le Vellian, who at that moment was still in great pain.. He was in fact in no mood to talk to any one.. However, taking the British soldier by surprise this was what the 12 year old mystic Hindu Tea boy had told Le Vellian, that moment..

“Sir, I know you are in pain for several days.. I also know that you lost all your hopes of any recovery.. But sir.. Please listen to me and offer your prayers to Lord Sri Venkateswara of Tirumala temple.. Tirumala is a Temple very near to this place and Lord Venkateswara is the most powerful God in this world… Am sure He will save you from death.. Trust me sir”

With a little curiosity in his voice this time and a little more dazzle in his eyes, Le Vellian then slowly turned his head towards the Tea boy and said “Thanks my dear, but what do you want me to do for that”.

With a smile, the Boy replied, “thanks for taking my words sir.. All that you have to do is to just offer your prayers to Lord Sri Venkateswara and request Him to heal you fully”.

And now with more hope in his voice, Le Vellian asked the boy, “Okay my dear.. I would certainly do.. But how to offer my prayers to a Hindu God.. I had never done that before.. You need to help me do that”.

Without seeking any permission from Le Vellian, the 12 – year old mystic Hindu Boy walked with all the divine command in this world to the bedside of Le Vellian; held both his hands first; brought them close to each other;

And later bringing them together, by creating a traditional Hindu NAMASTE posture, raised Le Vellian’s both hands and turned them towards the direction wherein the most powerful Tirumala temple is located and surprising Le Vellian further, very loudly chanted holy Lord Sri Venkateswara’s most favorite sloka,

Amazing was the boy to the eyes of Le Vellian that moment.. After completing the chanting of that divine sloka, the Boy, still holding a much surprised Le Vellian’s hands, closed his eyes for a few moments and silently offered his personal prayers to Lord Sri Venkateswara.

Furthermore amazed at the command with which the Hindu boy was holding his hands and also at the ease with which he had chanted the intricate Sanskrit sloka, Le Vellian got up in his bed and slowly turned both his hands that were still held in a NAMASTE posture towards the smiling mystic boy and offered him his salutations.. PEACE

After that divine drama..

Le Vellian who had lost all his hopes of any recovery from that near dead situation had quite miraculously regained a complete normalcy in just about a few days time..

This miraculous recovery of Le Vellian had shocked the British Army Doctors who have by then had literally written him off as a medical ‘case of complete hopelessness beyond recovery’.

Much later, as he could not personally visit the Tirumala temple due to his job constraints, Le Vellian requested his friend, an Indian soldier by name Ramachandra Ganesh, to visit the Tirumala hill Shrine on his behalf and offer the holy Lord Sri Venkateswara what he had promised to offer.

“Vinaa Venkatesam” sloka although is an integral part of Sri Venkateswara Suprabhatham, was however written and recited first by Sri Markandeya Maharshi, when He visited the Tirumala hills and offered this sloka to Lord Sri Venkateswara.. PERIOD

In the later period, this story of Le Vellian’s miraculous recovery had reached the governing authorities of the British Kingdom.

In 1801, after having known the sanctity and powers of Lord Sri Venkateswara and the Tirumala Temple, the British took over the administration of the Temple from the hands of the Nawabs of Arcot for lack of discipline and misappropriation of funds in the Temple.

Later in 1821, strictly in accordance with the norms of the Tirumala Temple, the British had introduced what is called the Bruce Code.. This code has 42 provisions formulated in it with well defined customs and duties meant both for the Tirumala Temple as well as for the Hindu officials working there.

Quite surprisingly, the ruthless British, known for their iconoclastic nature, never had interfered with the day to day affairs and rituals of the Tirumala Temple except taking care of it’s administration..

Some of the great European churches, unable to bear with Lord Sri Venkateswara’s supremacy over the world, had proposed to establish at least one Holy CROSS on the Tirumala Hills, those days. but the strict British administration had ruthlessly rejected all such proposals..

Finally the most important point..

After that incident in the army camp, Le Vellian and the whole of British army had made a frantic search for that 12 – year old mystic Hindu Tea Boy but they couldn’t find Him anywhere.. Who was HE..?? .. And where did He come from..??