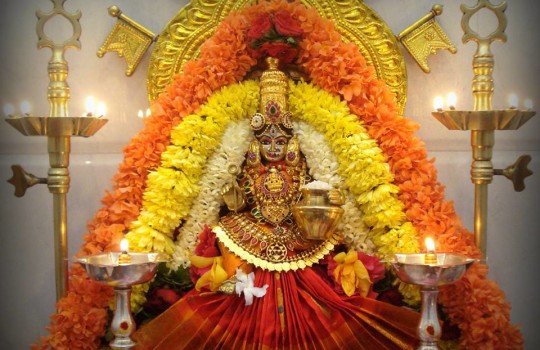 Please Click Here to read the previous parts of this story..

Before going to read the further part of this life changing story,it is important for each one of us to know in detail about the thousands of years old sacred Indian forests called the “Naimisharanya”..

According to the holy Hindu Puranas.there are  twelve sacred forests on the earth and among these twelve forests,four forests namely the ‘Adbhutaranya’.the ‘Badarikaranya’,the ‘Dandakaranya’ and finally the ‘Naimisharanya’ are the most sacred forests..

Again among these four forests.the ‘Naimisharanya’ is the most sacred forest..Many chapters in the holy Hindu epics of “Ramayana”and the “Mahabharatha” too explain the sanctity of this forest..

But Why Are These Forests So Sacred And What Is The Story Behind That..??

“Pitru Devaa..We would like to know more about Lord Maha Siva and offer Him our penance..Please tell us which is the most sacred place in this universe where Kali cannot enter and where we can peacefully offer our penance to Lord Siva”..

Lord Brahma,for a few moments,closed His eyes and after some time,created using His divine powers,a dazzling and powerful Maha Chkra that appeared in His hands..

Later,He opened His eyes and told His sons,

Saying so,Lord Brahma had set the Maha Chakra free from His hands..

Once it left the hands of Lord Brahma,the all powerful Maha Chakra – throwing tremendous amount of fire and sparks all around the space – went zooming across all the galaxies,all the planets and all the worlds of this vast and mysterious universe

And finally halted at a place called the Bharatha Varsha in Jamboo Dweepa,which was a vast forest land located at the foothills of the Himalayas,by forcefully piercing through the Earth there..

‘Nemi’ means Chakra and since this Maha Chakra halted at this forest land,this particular forest land ever since is being called the ‘Naimisharanya’..When this Maha Chakra pierced through the Earth at this land,with great force,it greatly disturbed the underneath water bed..

As a result,the holy ‘Paatala Ganga’ river water came out with tremendous force and occupied the place all around..It is for this reason this water body today is called the ‘Chakra Teertham’..

But what is more interesting to know here is that when the Maha Chakra pierced through the Earth, many unstoppable tremors occurred inside the Earth and all around the human world..

The kind Goddess Lalitha Devi quickly swung into action and had immediately rushed to that forest land,near the Himalayan mountains,and pulled out the Maha Chakra successfully from the Earth using Her glorious divine powers much to the delight of the holy sages,saints and millions of other Gods and Goddesses who were observing this divine act from the Deva Loka..

Later,all these saints,sages,Gods and Goddesses have descended on to the Earth and at this forest land and praised Goddess Lalitha Devi for saving our human world from a colossal disaster….

Amazed with the power of Goddess Lalitha Devi,the all powerful Maha Chakra prostrated before the holy feet of Mother Goddess Lalitha and returned to Brahma Loka,after praying for Her blessings..

After that,many holy saints and sages belonging to Krith yuga,Tretha Yuga, Dwapara Yuga and Kali Yuga have performed penance at this sacred place thus enhancing the sanctity of this place,furthermore..

In modern India,which was referred to as Jamboo Dweepa in the Puranas,’Naimisharanya’ is located on the banks of River Gomathi in Uttar Pradesh..

But Why So Much Of Discussion About The Naimisharanya Now .. ??

At this most sacred place in this universe..

Where many holy Hindu sages are still performing penance in an invisible form..

Where many Gods and Goddesses are silently offering their prayers to Goddess Lalitha Devi who is none other than the other form of Goddess Gayathri..

Where every plant,tree,insect,bird and animal is living in communion with Nature and also with the holy Goddess Lalitha Devi..

At such a holy place..

For the first time..

In the ears of our mystic Brahmin Nemani Subbarao..

To know that my dear friend you will have to wait up to next Friday,the 17th of April,2015..Because..

The PDF file which Sri Subbarao had sent me had some how got corrupted and not opening after this description of Naimisharanyam..So I asked his ardent disciple Sateesh Peri,a reserach scholar from Visakhapatnam to repair the file and send me again..

Since that may take a lot of time am forced to close this part of the story here at this point but not before sharing with you a small miracle..

And here’s that small miracle..??

I normally read the PDF file – a Telugu diary wherein Sri Subbarao had penned down all his divine experiences – sometime on Thursday and later take about a couple of hours to assimilate the content in that diary..

Similarly,yesterday,I have read the content written by Sri Subbarao in the diary..The initial pages were all about the sanctity of Naimisharanya..In fact Sri Subbarao had given a wonderful description of these amazing forests in the diary..

After that there was a lot written about Goddess Lalitha Devi..The description of Mother Goddess had cast a magical spell on my mind and for a long time in the later part of the day,yesterday,I kept thinking about the holy Goddess Lalitha Devi and Her amazing powers..

That’s all and not a letter more..I was amused but was also shocked at the same time..And that is the photograph you are now seeing at the head of this part of the story..

Was that a miracle..??.. A coincidence..??.. Or a pat on my back by Goddess Lalitha Devi Herself telling me that SHE is with me reading all my thoughts..??..Who knows..??