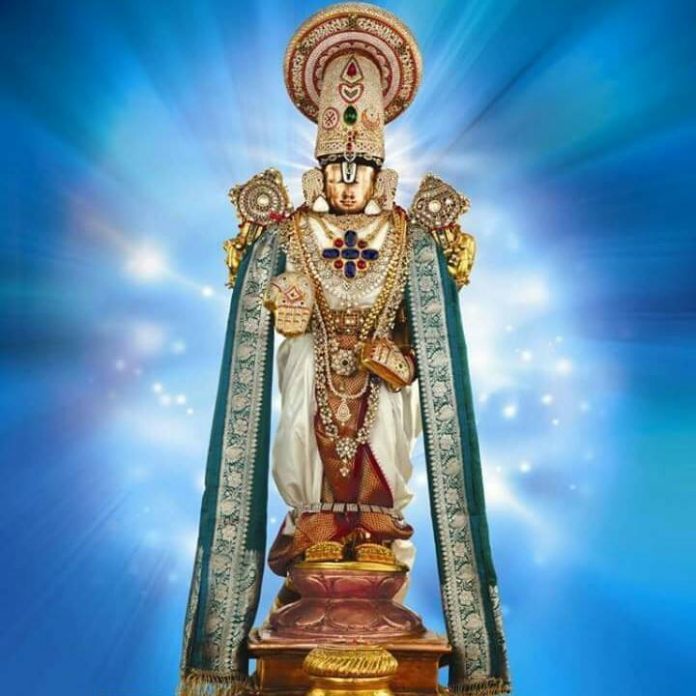 After the public outcry of Dr Ramana Deekshithulu,

Who has been the head priest of holy Tirumala Temple for four long decades, about the large scale corruption in the administration of Tirumala Tirupati Devasthanams (TTD) board and also in the affairs inside the Tirumala Temple, many rumors have started roaming all over the electronic media and social media about the priceless Jewelry of Sri Varu.

Three controversial incidents, that occurred one after the other, on the sacred Tirumala Hills, sometime during 2008-09, have led to large scale speculation and immense fear among the millions of devotees of Lord Sri Venkateswara about the precious jewelry of Sri Varu, gifted to Him by many kings and rulers of the place for centuries.

Controversial Incident Number One : The rumor about many heavy Gold Coins – which are called Dollars by TTD – in the Tirumala Temple went missing or a doubt about them going missing had gained great momentum among devotees, that year.. This had led to a wide discussion not only among the devotees of Lord Venkateswara but also among the priests of the temple.

Controversial Incident Number Two : Almost during the same period, a precious Red Diamond stone, gifted by the rulers of Mysore, was rumored to be broken after falling down from the crown of the processional Deity of Sri Varu (Utsava Murthy) while He was being taken out in a procession in the Mada street on Tirumala Hills, during an annual ceremony.

It is claimed by the TTD authorities, “a few currency coins thrown by the devotees during the procession have hit the Red stone and it had broken into pieces and fell all over the area”.

While some argued, “how can anyone or anything break a diamond”; some others said, “yes, a stone from Sri Varu’s crown had fallen down and broke into pieces but we are not sure whether it is the rich Red Diamond Stone or any other stone”..

The TTD authorities, however, have finally said, “we have collected all the broken pieces of stone, we found in and around the area, and have cautiously preserved them in our safety lockers”.. However, the TTD did not clarify, “what are those broken pieces and to which stone they belong”.

Controversial Incident Number Three : Unfortunately during the same period and time, a more controversial rumor, which is much bigger than the previous two, had emerged from nowhere and had spread like a wild fire among the devotees of Lord Venkateswara all over India.

“The large and invaluable Diamonds studded crown, gifted by King Krishna Devaraya of the Vijayanagara dynasty is missing”..This was that rumor.

Although social media was almost non existent those days, all these rumors kicked up enough dust due to the presence of strong print and electronic media those days.. Many discussions have taken place in news channels and many columns have been presented in newspapers, highlighting these rumors.

Horrified by the sudden turn of events in the affairs of the sacred Tirumala Temple, the TTD board had convened an emergency meeting and had unanimously passed a resolution on the 15th of September, 2009.

The then Executive Officer of the TTD board, Sri IYR Krishna Rao, had constituted a committee on 27-10-2009, under the Chairmanship of Justice D.P.Wadhwa, former Judge of the Supreme Court, for the Purpose of Verifying the jewels of Lord Venkateswara and appointed the following members on the Committee.

The committee then had a series of meetings both in Tirumala and Tirupati and examined many records of TTD.. In the proceedings of the Executive Officer dt: 14-09-2010, the committee was requested to give a comprehensive report after verification of the Lord’s jewels.

Finally, after an year of extensive study and verification of almost all the records with TTD, the committee Chairman Justice Wadhwa had called for a large media conference in the Padmavati Guest House on Tirumala Hills and presented a detailed 187 pages report to the media.

Addressing a large gathering of media reporters, that day

This Was What Justice Wadhwa Had Said About Sri Varu Jewelry 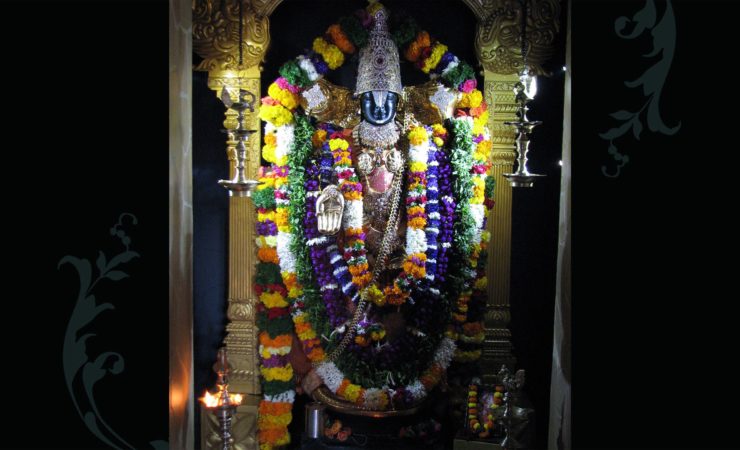 “We have worked on for a year and verified all the jewels of the Lord. All the jewels are in order and the system to keep the track of jewels is well placed, established and maintained by the temple administration of TTD. We have suggested to the TTD board to introduce some modern technology to have a more transparent and fool proof system of protection of jewels”.

Speaking in the same press conference, one of the committee members, Justice Jagannadha Rao had said, “Apart from the jewels of Srivari temple at Tirumala, we have also verified the jewels of Tiruchanoor temple.. We have selected the jewels in random and were surprised to see that there’s a perfect record system being maintained by the Tirumala temple administration.

Fortunately, the simultaneous verification carried out by expert team of Gemologists for diamond and other precious stone studded jewels and the verification of gold by the team from government mint also observed that the jewels of Lord are safe and intact”.

Another member, former DGP Sri R.Prabhakar Rao had said, “All the jewels are intact as per the Tiruvabharanam register.. However, we have suggested the temple management to go for hi-fi internal security system in the wake of increased terror perception across the country”.

Senior and renowned journalist, Sri Pothuri Venkateswara Rao had said, “After verifying all the jewels personally, physically and technically, all of us have unanimously declared that the jewels are intact and are safe”.

Former TTD EO, Sri Venkatapathi Raju had said, “After thoroughly verifying all the records and personally examining the jewels we have drawn the final conclusion.. We have also made some recommendations to the TTD like surprise inspection in the Sub-temples of TTD to verify the jewel registers.. We have further suggested to the temple management to appoint a team of archakas to inspect and verify the jewels adorned to the presiding deity inside the sanctum sanctorum”.

Finally. elaborating on the verification carried out by the six-member Wadhwa Committee, here’s what the committee coordinator and former EO of TTD,

“No where in the country, such a brilliant system of maintenance of jewelry records is in practice. We verified 370-380 jewels for a period of over a year since the committee has been constituted.

Of these 370 plus jewels, 100 jewels are being decorated to the presiding deity of Lord Venkateswara every day, while another 70 to the processional deities.. We have verified all the jewels at random and in a phased manner and they have perfectly matched the list in Tiruvabharanam register”.

Adding further, Sri PVRK Prasad had said, “To have more perfection of our verification, we have thoroughly studied various books on the temple history written by Sri Veeraraghava Chary, Sri Sadhu Subramanya Shastry, Dr N Ramesan and many other stalwarts who have dedicated their lives in the service of Lord Venkateswara and in bringing in sky-high reputation to the temple management.

The jewelry records, since the day the responsibility of the temple management has been handed over to TTD in the year 1933 from the hands of Mahants, are intact.. However, we have made 22 recommendations to the TTD board to have more transparency in safe guarding the antique jewels”.

> Separate treasury building with state of the art security apparatus.

> Separate inspection teams with officers and archakas under the control of FACAO of TTD for sub-temples.

Now, Here’s The Most Shocking Revelation 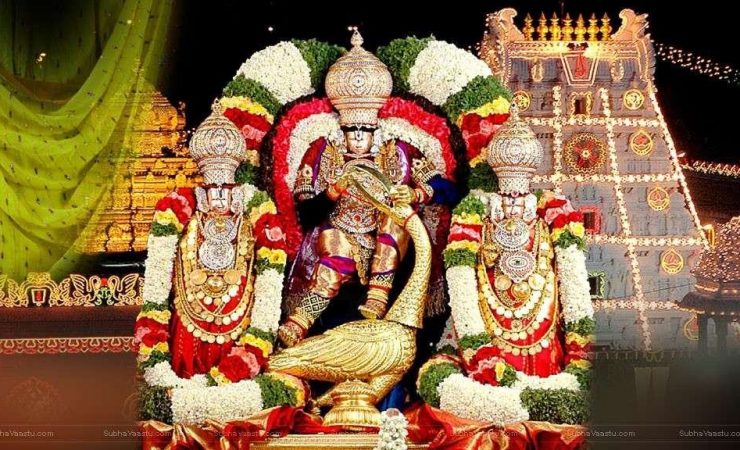 Made by renowned Telugu journalist and one of the members of the Wadhwa Committee, Sri Pothuri Venkateswara Rao, about the jewelry in Tirumala Temple.. However, he had made this observation not during the press conference but in his autobiography, ‘Vidhi Naa Saradhi’ (Telugu).

Here’s what he had said in that book,”In our verification, we have found a clear description of the invaluable Diamond Crown gifted by King Sri Krishna Devaraya to Sri Varu during his reign as king of the Vijayanagara kingdom.

However, to our utter shock, we have not found any mention of this invaluable crown in the “Tiruvabharanam” register that’s being maintained by the TTD authorities ever since they took over the administration of the Temple in 1933.

For sure, there is a mention of every small jewel belonging to the Lord in that register but not even a hint about this precious crown.. That means this Crown had disappeared from the Tirumala Temple much before 1933″.

Spell binding true stories that are based on real life miraculous incidents that occurred in the lives of some ordinary people and some extraordinary personalities and also to know about one powerful New Sri Venkateswara Maha Mantra Pooja that is changing thousands of lives across the world,

You may read my God On Call Book (English) on Lord Venkateswara, which according to many of it’s readers is one of the most powerful books ever written in the history of Tirumala Temple.