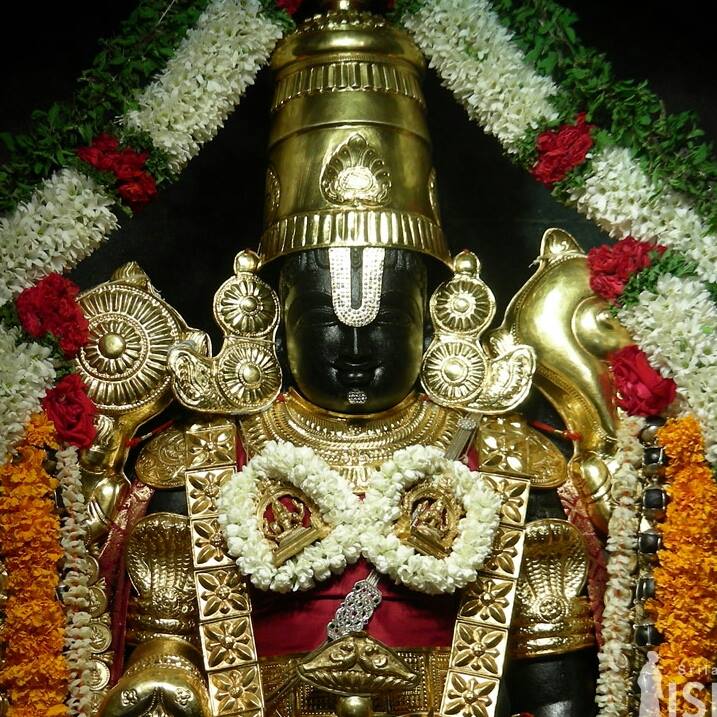 Everyone of us want to be a great devotee in our life but how many of us know about the four vital states of devotion revealed by His Holiness Jagadguru Sri Sri Sri Adi Sankaracharya, through His discourses, to the human world.. Please go through..

In this first state of devotion, a devotee would begin worshiping God by offering his prayers to deities in Temples.. He would always be under a false impression and keeps telling his people that, “God exists only in Temples and by visiting them often we will be impressing God more than many other devotees in this world”…

All that such devotees do in a Temple is to just stand in front of the Moola Virat, for a few minutes, recite a couple of slokas and then place a huge list of their endless problems and unfulfilled desires in front of Him ..

Then, they bang the huge Bronze bell in the Temple to alert God about their arrival into the Temple and also about the wish list they had just placed before Him.. They do so almost everyday boring and terrifying the fellow devotees as well as the priests of the Temple..

Additionally, such devotees place many portraits of Gods and Goddesses in their house and also make it a point to visit the holy Tirumala Temple or some other major pilgrimage center,at least once in a year ..

However, my beloved reader, it’s not my intention here to say that everyone of you, who visit temples often are behaving the same way but according to Jagadguru Sri Adi Sankaracharya, “offering prayers to deities in temples is just considered the first state of devotion, by God, which honestly doesn’t please Him the most ..”..

Madhyamam Sthothra Paatahaa : The Second Or Middle State Of Devotion 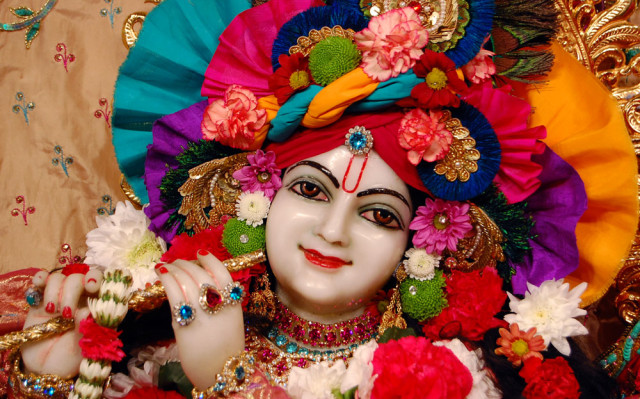 A majority of Hindus living in this world just remain all through their life in the first state of devotion and only a few of them really put efforts and try to reach the second one..

Devotees who enter this second state of devotion, learn and recite many different types of sthothras, written in praise of God and do their best to impress Him with their recitation.. The most popular among these sthothras, recited equally well by Hindu men and women all over the world, are the “Vishnu Sahasra Nama Sthothram” and the “Lalitha Sahasra Naama Sthothram”..

In addition to millions of Hindu families living in India, there are also many Hindu families residing in countries like USA, Canada, Great Britain, Australia, New Zealand wherein these devotees form as groups and recite the above mentioned sthothra on almost all the auspicious days and festivals of the Hindu calendar year..

Ironically, these devotees always think and are also under a false impression that they are more learned and more enlightened than most of those devotees who just visit temples but do not know or recite any sthothras..

However, according to Adi Sankaracharya. “although, all these devotees, who are constantly reciting many sthothras in praise of God, are called good devotees they still belong to the second state or middle level of devotion and do not impress God much..”

Only a few and blessed people in this world arrive at this third state of devotion.. These people neither go to Temples often nor recite any sthothras constantly but they strongly believe in the existence of God; reverentially accept Him as the supreme commander of all the cosmic forces ruling this world; and quite unconditionally surrender to Him, at His holy feet..

Although these devotees do not tell or show the world their views on God, they, however, have abundant knowledge of God and silently acquire many resources that tell them more about God.. They always offer their prayers to God, quite silently in their mind, by chanting, whatever little they have learnt about Him..

If observed carefully, you may find a couple of such devotees either around you in your office or in your neighborhood but you will never be able to identify the true devotee in them..

According to Adi Sankaracharya, “Such devotees are so dear to God, however, He still considers them very good devotees and not the best of them all”.. 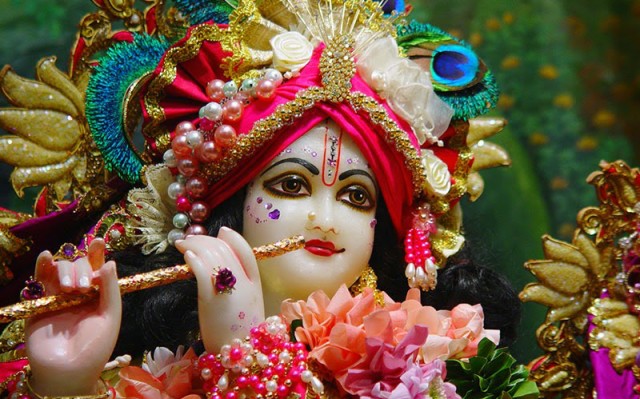 Swa plus aham makes Soham which means “Aham Brahmasmi’ or “Tat Vam Asi’ in Sanskrit terms but in simple English terminology, Soham means “I am He” Or “I am God”..

It is only in an exalted state of devotion, a devotee of God would feel so, however, that doesn’t mean this devotee is God but he is only quite solemnly stating that, “…am identifying myself with God and there’s no difference between God and me…” ..What a blissful state of devotion indeed..

Devotees belonging to this state neither go to Temples often nor recite any sthothras constantly nor at least chant God’s name in their mind.. They shall not do any of these three things nor follow any hardcore rituals ever in their life..

Because, they believe, God doesn’t exist in Temples alone nor in any of these measures mentioned in the books.. On the contrary, they see God everywhere and in everyone they come across in their life.. They do not follow any rituals nor do they believe in any superstitions ..

Following rituals is something they dislike the most because they know pretty well that “as long as we follow rituals it is like an aircraft running on the tarmac without taking off..” ..They believe only in God and in His omnipresence and omnipotence.. They strongly defend God and His deeds and do not mind going to any extent to convince those who talk against God..

Only a lucky few, chosen by God, arrive at this blessed fourth state of devotion which is also the best and the dearest to God.. It not easy or I would say impossible for anyone to reach this state unless one stands the rough weather of life and successfully crosses many ordeals placed before him, by God.

According to Jagadguru Sri Adi Sankaracharya,”this is the best form of showing devotion to God and these devotees belonging to the most blessed fourth state of devotion are always the dearest to God..” 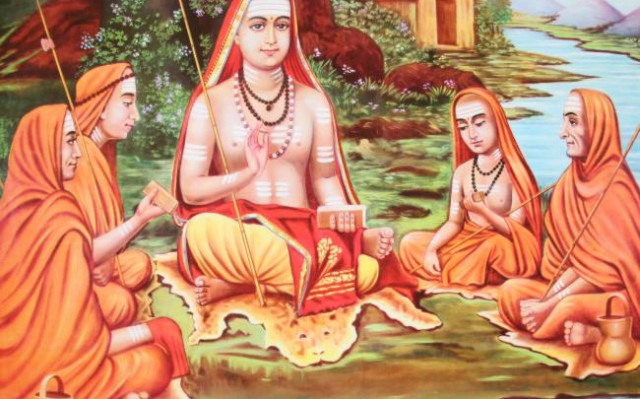 Whatever the state of devotion you are in today, remember, we are all His children and are always so dear and beloved to Him .. He would certainly give us everything we need in our life irrespective of the degree of devotion we have in us for Him..

Although I don’t remember when I read it, I however, remember reading an interesting article more than twenty years ago wherein I have read about this sloka supposedly stated by Sri Adi Sankaracarya that describes the above mentioned four states of devotion..

From my understanding and observation of this sloka, I can strongly say,

“God doesn’t exist in Temples, nor in the lengthy sthothras alone but exists in ourselves and in our deeds and in our nobility as well.. There’s no need to search for God in temples or in pilgrimage centers instead it is more important for us to know and identify the true God living in our own mind, body and soul..”

I was in the first state of devotion when I read the said article, twenty years ago, but after reading it, I have put many great efforts, crossed many hurdles, faced many ordeals of life and finally with His divine blessings enjoying almost seventy five percent of the fourth state of devotion, today..

I would now humbly say,”He wanted me to reach this fourth state which was why He had shown me that article that day and injected that knowledge into my mind about these four vital states of devotion ..”..PEACE

By posting this article toady, am only wishing that maximum number of people all over the world know about these vital states of devotion and know more about God and His supremacy over our lives..

Let me now conclude saying,”those who are destined to know these states know them for sure and those who are not shall not..”.. As mentioned in the article, that I have read long ago, this was the sloka supposedly penned by Jagdguru Sri Adi Sankaracharya about the four vital states of devotion..