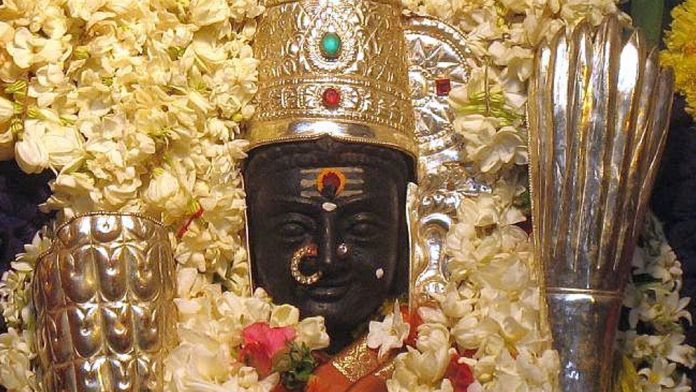 Even the hardcore Scientists of the Western World are unconditionally accepting that there are many tremendous miraculous powers in several of the ancient sacred Indian texts.
They are also further believing that these Indian texts possess some mysterious healing powers that have the immaculate power to cure many incurable human diseases that the Western medical world is finding difficult to deal with.

For over several centuries,

It is strongly believed and also proved in some cases that the following five Slokas from Muka Pancha Sathi (five hundred Slokas in Sanskrit), recited spontaneously by a dumb boy while sitting in front of Goddess Kamakshi in the famous Kamakshi Amman Temple in Kanchi, have gotten many divine healing powers that can offer,

“Speech to dumb children; learning abilities to children suffering from dyslexia (a general term for disorders that involve difficulty in learning to read or interpret words, letters, and other symbols) and the ability to focus and pay attention to children suffering from ADHD..
(ADHD or Attention Deficit Hyperactivity Disorder is the name of a medical condition in children who have differences in the parts of their brains that control attention and activity. This means that they may have trouble in focusing on some tasks and subjects)..

Muka Sankara is the son of Vidyavathi, a famous Astronomer and Astrologer from the holy town of Kanchi.. Unfortunately, Muka Sankara was congenitally deaf and dumb and was a big concern for his parents.
Everyday, Muka Sankara would go and sit in front of Goddess Kamakshi in Kanchi Temple and would keep staring at Her, offering Her his silent prayers.
In a few days, Muka Sankara became the most beloved child of the Kanchi Kamakshi Amman Temple.. All the Temple priests there would offer him Prasad, every day after the morning pooja, and bless him.
One day, Muka Sankara was sitting right in front of Goddess Kamakshi in the Kanchi Temple.
That day too, as he does everyday, he was staring straight into the eyes of Kamakshi Amman and was silently offering his prayers.
That day too, as they do everyday, the Temple priests came to him, served him the sacred Prasad and blessed him, chanting the asirwada mantras and moved away..
But suddenly taking all the priests, all the devotees and all the Kamakshi Temple staff into a complete state of a speechless shock, Muka Sankara, who was a born deaf and a born dumb boy and who was until then just staring constantly and straight into the eyes of Goddess Kamakshi, started reciting a few amazing Slokas in Sanskrit..
For a few moments, all those around him could not believe what they were watching.. Taking them all into a further more state of shock, Muka Sankara, in all, had recited five hundred Sanskrit Slokas praising the glory of Goddess Kamakshi.
It was a sheer miracle of Goddess Kamakshi, the principal deity of Kanchi Temple, maintained by the most revered Kanchi Kama Kothi Peetham.
The news immediately reached the then Peethadhipathi of Kanchi Peetham, Sri Vidyaghana Saraswathi.. He blessed the boy and called for his parents..
Later when they came, the Acharya told them,
“Today, your son is specially blessed by Goddess Kamakshi Amman.. Otherwise, how can a congenitally deaf and dumb boy can speak and compose five hundred Slokas in Sanskrit.. If you permit me I shall grant him Sanyasa and declare him as my successor to this sacred Kanchi Kama Koti Peetham..
He’s blessed by the Amman and so by all means is eligible to become the next Acharya of this Peetham.. Once he’s offered the Sanyasa life, he should forever stay in this Peetham and you should forever be prepared to lose your rights of parenthood over him..
But let me tell you.. Even God is not empowered to grant Sanyasa to a boy without seeking his parents’ permission.. Hence am seeking your permission now .. Are you ready to offer your son forever to Kanchi Peetham.. If so, then I shall initiate the next part of the sacred process”
Paying their obeisance to the golden words of the Kanchi Acharya, the humble parents of Muka Sankara had prostrated before the holy feet of His Holiness Sri Vidyaghana Saraswathi and have unconditionally agreed to offer their child forever to the Kanchi Peetham.
Later, His Holiness Sri Vidyaghana Saraswathi granted Sanyasa dharmas to Muka Sankara and had ordained him as his successor to the holy Kanchi Kama Kothi Peetham.
Thus, this congenitally deaf and dumb boy Muka Sankara went on to become His Holiness Sri Sri Sri Muka Sankarendra Saraswathi (398 AD -437 AD) the twentieth Acharya of Kanchi Kamakothi Peetham.
The five hundred Sanskrit slokas that He had recited that day, in front of Kamakshi Amman, were immortalized and compiled into a book by His disciples which are now more popularly known to the world as ‘Mooka Pancha Sathi’.

It is believed by many and proved in many cases too that if all the parents who have children suffering from Autism, A D H D and any other knowledge deficiency problems recite or listen to this Muka Pancha Sathi once everyday they can then derive many amazing benefits from these spontaneously originated great Sanskrit Slokas.. PEACE

Now, here are the five most powerful Slokas,

From among the five hundred slokas of ‘Muka Pancha Sathi’, that if recited regularly by the Mother or Father of a child shall gradually bring in healthy changes in the child.
Am told that a steady recitation of these Slokas have brought in many radical changes in many children who were suffering from dumbness and other speech and learning related disorders ..
Now, please tell me.. When these Slokas have helped many people why wouldn’t they help you.. We wouldn’t know how and when Goddess Saraswathi interferes for good in our life.. So start the recitation of these Slokas immediately from tomorrow for the well being of your child.. Who knows..??..
I wish you good luck..

Here are the Slokas 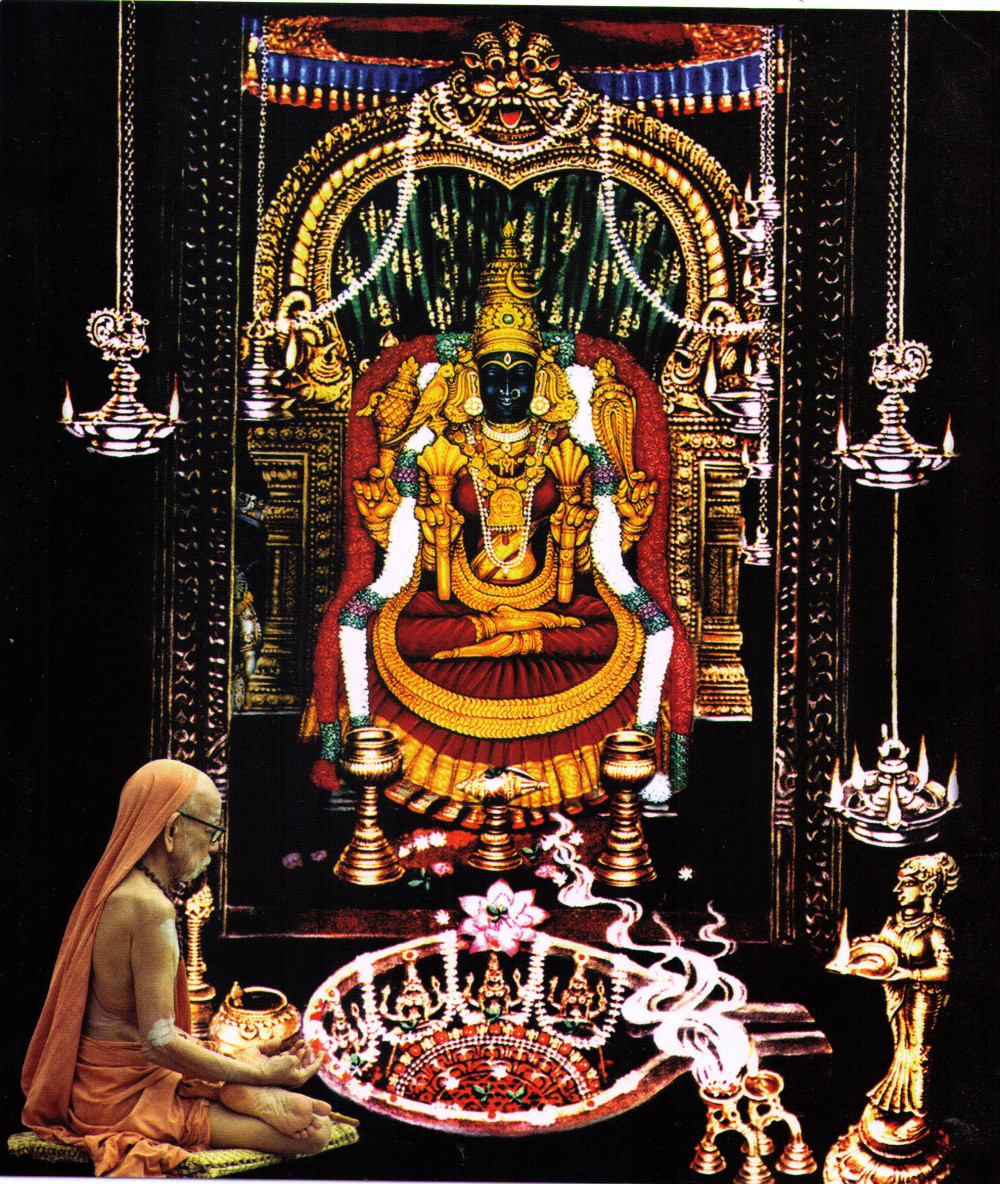 I have, a couple of years ago, mentioned these five Slokas in a story and in a way have introduced them to the world.. Later, thousands of readers and followers of my writing all over the world have learned these Slokas and have started reciting them regularly..
About four days ago, a reader and a big fan of my writing by name, Phani Chowdhary, from Bangalore had called me to discuss about a doubt that he had in mind about the ‘Chandana Mudras’ offered by the Tirumala Temple.
During that conversation, he had told me how much he’s influenced by these five Muka Pancha Sathi Slokas and had surprised me by reciting them fully over phone.. These are, for sure, very complicated Slokas not easy to pronounce..
However, beloved brother Phani, to my utter surprise, had recited all the five Slokas in one single go without fumbling not even at one point.. For me, it was like an obedient student reciting his newly learnt Slokas in front of his class Teacher.

Felt very good that moment and the very next moment decided to present this special article today.. Hope this would help you as well.. Stay blessed forever..

Finally, here are a few words about my recently released book, God On Call Book

God On Call is a powerful book on Lord Venkateswara with twelve spellbinding stories based on real life miraculous incidents that occurred in the lives of some ordinary people and some extraordinary personalities like Swamy Sri Ranganathananda of Ramakrishna Mission, Sri.Rallapalli Ananta Krishna Sarma, a renowned Carnatic Music Maestro and Smt. M.S. Subbulakshm, the great Music Queen..

Additionally, this divine book also reveals the New Powerful Sri Venkateswara Mahamantra Pooja To Lord Venkateswara that has the miraculous power to provide solution to many human problems..

Thousands of readers all over the world who have performed this pooja after reading about it on tirumalesa.com, have found amazing solutions to many of their long lasting problems.. This pooja is not any more available on tirumalesa.com now but is only available in God On Call Book..

While God On Call Book emphatically proves to the reader that Lord Venakteswara exists right in the midst of us, this pooja proves that He shall come to the the rescue of any devotee who would fully surrender to Him.. Hare Srinivasa

If you are from USA, Canada or Mexico you may Click Here to buy this book on Amazon North America site where it was recently listed..

Readers from India and other parts of the world may Click Here to buy this book on our official eCommerce site..

If you wish you may Click Here to buy this book on Amazon India.. You may also see here some amazing five star reviews written by readers of this book..