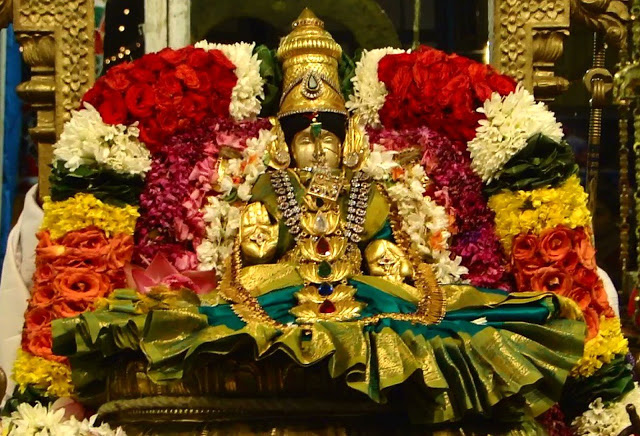 “Every painting, however beautiful that it might be, remains unnoticed when in darkness.. But the same painting becomes a much talked about masterpiece when it appears in bright light.

Similarly, every artist remains unnoticed when in wilderness but the same artiste becomes the most discussed personality when he hogs the limelight.. This is Nature” – Yours Obediently

Until A Few Days Ago,

None of us heard much about Pusarla Venkata Sindhu – the young twenty one year old Indian girl who just looks like the girl next door – but today, after she won that well deserving Silver medal in Badminton at the Rio Olympics, the same demure looking cute girl, P.V. Sindhu, is a household name in India.

A lot is written about P.V. Sindhu, everywhere in the Indian media as well as in the world media today, but here’s one incredible incident, may be designed by the Gods, that occurred in the life of P.V. Sindhu on one day much before she even entered the borders of stardom.. In fact Sindhu was just a nine year old ordinary school girl that day.

However, Before Knowing That Surprising Incident

It is important for you to know a little about P.V. Sindhu’s family and her childhood.. Sindhu was born in a family of sports personalities on the 5th of July, 1995 , in Hyderabad.. Her father, P.V. Ramana and her Mother P. Vijaya were both professional Volleyball players who played at the national level.

Ramana, for his immense talent in Volleyball, had even received the prestigious Arjuna Award from the Indian Government, in 2000.. My beloved reader, please note this most important point number one here.. PERIOD

Sindhu has an elder sister by name Divya, a national Netball player who had played against Sri Lanka and who is currently practicing, as a Doctor, in Hyderabad.. Having born in a family of extreme lovers of sports, Sindhu was automatically attracted to playing games, right from her childhood.

However, unlike her parents and sister, Sindhu had chosen to play Badmintion, when she was just a six year old, after watching Pullela Gopichand, her present coach, winning the All England Badminton Championship in 2001.. That changed Sindhu’s life forever.. Point number two.

Initially, Sindhu was trained under Mahboob Ali at the courts of Indian Railway Institute of Signal Engineering and Telecommunications (IRISET) in Secunderabad.. Later, she had joined her favorite Gopichand’s Badminton Academy in Gachi Bowli, Hyderabad which is about 35 kilometers from her residence.

This distance hardly mattered for Sindhu or for her parents.. From the day Sindhu joined at this Gopichand’s Academy to the day she left for Rio Olympics, Sindhu’s Mother would wake up at 3.30 in the early morning and prepare breakfast for Sindhu; father would wake up at 4.00 and ready Sindhu and then drop her at the academy.

This has been unbelievably the routine of this great family for eleven l..o..n..g y..e..a..r..s.. Talking about Sindhu’s efforts, her approach to the game, her grit and her determination this was what P.V. Ramana, her father, had recently told the media..

“We thought our elder daughter Divya, a much better and a more talented player than Sindhu, would make it big in her life.. However, her laziness and her lackadaisical approach to the game did not allow her to progress much in her sports career.

We too didn’t force her much, instead, encouraged her in her studies because she always wanted to become a Doctor.. However, on one day when Sindhu was just a child, I saw her playing with her other friends.. At that time, I noticed that there’s an unusual sharpness in her movements and a great speed in her feet.

On the same day, I have realized that my younger daughter, Sindhu, has everything in her to become a great sports personality.. Then I have started waking her up at five in the morning and make her run a minimum of ten rounds.. Our neighbors would make fun of me calling me a Monster but that didn’t bother me much.

Later, contrary to our expectations, Sindhu had chosen to play Badminton and all that we did was to encourage her and help her reach her goals..

Today, by the constant encouragement and support of Gopichand sir and also due to the divine blessings of God, our daughter could win Silver medal at the Rio Olympics making all her fellow Indians proud.. What else should we seek from God”.

Surprisingly, The Hindu, India’s one of the oldest and leading English newspapers had written long ago about Sindhu, after one of their journalists had watched her practicing at the academy.. This was what The Hindu wrote about Sindhu,

“The fact that she reports on time at the coaching camps daily, travelling a distance of 35 km from her residence, is perhaps a reflection of her willingness to complete her desire to be a good badminton player with the required hard work and commitment”.

One day, sometime during the year 2004, Sindhu’s Mother Vijaya was preparing breakfast for Sindhu, as she does everyday, and had casually noticed that her beloved 9 – year old younger daughter, who had woke up early that day, was sitting in a corner of the kitchen with her head completely bent down and was seriously doing something there.

Just out of curiosity, Vijaya quietly walked to her daughter, and standing behind her silently observed what she was doing.. With a writing pad in her lap; with a pen in her right hand; and with her father Ramana’s visiting card in her left, Sindhu, using her cute fingers, was seriously writing something on that visiting card.

After quietly observing what her daughter wrote on that card, Vijaya remained speechless for a few seconds.. Then she kissed her daughter on her forehead and then sent her to the academy.. However, Vijaya had carefully preserved that visiting card that day..

Later, life took a full turn for Sindhu and exactly in 2013, nine yeas after that small incident had occurred, Sindhu was awarded a well deserved Arjuna award by the Indian government.. It was during the post awards function press conference that day in Delhi that Vijaya had shown the same visiting card to the shocked journalists.

Ramana in those days, may be even today, would carry a visiting card that would show, ‘P.V Ramana, Volleyball Arjuna Awardee’ with an image of Volleyball printed on it.. Using the same visiting card, this was what Sindhu had written on that day.

This incredible incident was revealed by Sindhu’s Mother, Vijaya, in an exclusive interview she had given to Telugu newspaper, Sakshi, on the 20th of August, 2016.. This interview was published in the newspaper the next day which I happened to read.

Finally, another surprising fact here is, “Sindhu is an ardent devotee of Goddess Durga”.

As an voracious reader, I was amused reading about this incident and later kept thinking about it for several hours in the day.. After so much of thinking, the firm believer of pre determinism in me had started searching for all the connecting links between that incident and in Sindhu finally receiving the Arjuna award.

During the process, I have asked myself quite a few questions.. “Why did the little Sindhu wrote exactly that way.. What thought process had made her write so.. Did anyone tell her.. Or did she receive any signals from the cosmic forces.. Or was that just a coincidence..?? .. Who knows .. Who will provide answers to these questions..??.”

Finally, I have come to a conclusion that it’s not just a coincidence but a God ordained divine coincidence.. Then I have decided it to present this incredible incident before the world in my own way..