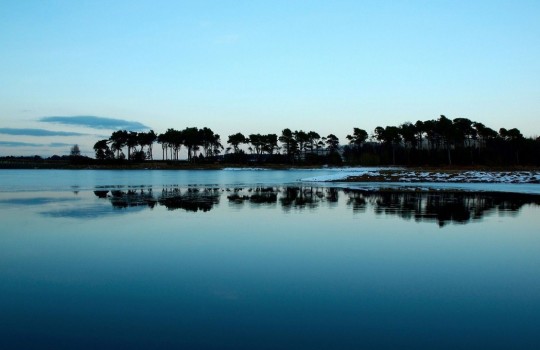 Please click here to read the previous parts of this story..Now continue reading this part..

Many great events that have occurred,either in the life of a common man or in the extraordinary life of a historic personality,have occurred at the most insignificant times of their life..

For example,the Universal Law of Gravitation was born in the mind of Newton at a time when an Apple had fallen on his head while he was relaxing under an Apple tree..May be,if that Apple had not fallen on Newton’s head that day we wouldn’t have,until now,known about this most important law of Nature that has later changed the face of Physics,completely..

Similarly if Archimedes had not taken bath in that bath tub on that eventful day,wherein he revealed to the world his famous principle – “That the upward buoyant force that is exerted on a body immersed in a fluid,whether fully or partially submerged,is equal to the weight of the fluid that the body displaces..” –  we wouldn’t have known about this important principle of Nature which is the fundamental of law of Physics to fluid mechanics,today..

Similarly the next day

Had Subbarao not met that elderly Brahmin lady in the canteen,he wouldn’t have known about the exact power of Gayathri manthra that day and I wouldn’t have been writing about it for the reading world today..

The day,after he gave that fabulous singing performance at the Gnana Saraswathi Temple,Subbarao had an amazing and spine chilling experience that once again revealed to the world the indefatigable power of the Gayathri Manthra..

That day,during the lunch time,Subbarao met an elderly 70-year old Brahmin lady and her 16-year old grandson in the lunch hall of the cottages wherein Subbarao was staying with his wife..That elderly lady had come to Basara just a day before that,from a place in Maharashtra called Raigarh..

Later,on the noble couple’s invitation,the elderly lady and her grandson came to Subbarao’s room and had spent a couple of hours with him and his wife..During their conversation,that elderly lady told Subbarao about a sacred tradition that devotees like her,coming from far off places,follow in Basara..

This is what exactly the elderly Brahmin lady told Subbarao..

These devotees specially choose to come to Basara to follow a certain consecration (Deeksha) and stay in the sacred Temple town for three,five,seven,nine or even eleven days depending on the time they have made an vow to Goddess Saraswathi..

They sleep on the specially erected cement places built around the Basara temple and go for ‘Bhiksha’ or free food either to the free service canteen that’s there in the cottages,where Subbarao stays,or to one of the houses of the twenty three Temple priests residing in Basara..

Let me paraphrase here a famous quote from our sacred texts that solemnly says,“Abhyaagathaam Swayam Vishnuhu”,which means anyone who comes to our house either at our lunch time or dinner time is Swayam Vishnu..PERIOD

These devotees spend most of their time in the day in ‘Purascharana'(a recitation of a particular manthra for a specific number of times) meditating their chosen manthra as many number of times as possible..

For example,the Ekakashari Manthara ‘Gam’,recited to please Lord Ganesha,should be recited for one hundred thousand times (one lakh),during a consecration period,because there’s only one beejakshara in this manthra.. Since there’s only one letter for recitation in this Manthra,it may,at the most,take about three to five days time for a devotee to complete his consecration and go home..

Finally after narrating everything about this special consecration to Subbarao,the elderly lady said,

“..Since this 16-year old grandson of mine is very poor in his studies and is unable to clear his tenth class exams,I forced him to take a vow for such a consecration in Basara..I have brought him here to recite the powerful Ekakshari manthra that would immensely please Lord Ganesha,the holy God who removes all our obstacles in life…I will be assisting him during his consecration..”

Subbarao and Venkata Lakshmi who haven’t heard anything like that before,just remained silent for a few minutes..In a way they were shocked with the immense dedication of the elderly Brahmin lady and her devotion towards God..

Exactly at that that moment,a small doubt entered one remote corner of Subbarao’s mind and within no time started gaining gigantic proportions and occupied his entire mind space..And

On the same evening..

Subbarao and Venkata Lakshmi,as part of their daily routine,went to the Goddess Gana Saraswathi Devi Temple in Basara and sat in the same place they sit everyday..As was also the case everyday,there were large number of devotees in the Temple,that time too,slowly moving in a line to see the holy Goddess..

For a few moments,Subbarao turned his head and silently looked at all the devotees who were entering the Sanctum Sanctorum of the Temple..A few priests who know Subbarao smiled at him when he looked at them..Venkata Lakshmi was silently observing the proceedings in the Garbha Griha of the Temple..

Except the occasional sound of the Temple bells and the chanting of the Vedic hymns of the Temple priests,there’s not much sound anywhere in the Temple,that time..

Quietly enjoying the serenity of the Temple atmosphere,Subbarao slowly closed his eyes and offered his ‘Pranam’ to Goddess Gnana Saraswathi Devi..And exactly at that moment the big gigantic doubt that was haunting him ever since he heard about the consecration process from the elderly Brahmin lady,flashed in his mind…

At the same time,a devotee rang the huge bronze bells hanging in the central hall of the Temple..At the same time,the Temple priests too raised their voices and started reciting the Vedic hymns,in praise of the holy Goddess Gnana Saraswathi devi,loudly..

And at the same time and during those most sacred moments,the invisible divine female voice was heard by a shocked Subbarao,there..

And this is what the divine voice said..

“..Beloved Subbarao..I understand your doubt..But let me tell you..Purascharana means any devotee who decides to meditate a particular manthra meditating it according to the number of beejaksharas present in it..”

“..The Ekakshari manthra GAM has only one beejaakshara in it and hence should be meditated for one hundred thousand times..Similarly the powerful Panchakshari manthra has five beejaksharas in it and the sacred Ashtakshari has eight in it..

“Therefore,no devotee has so far chosen the Gayathri manthra for meditation as part of consecration.. Hope your doubt is now cleared..Now,listen to me carefully..”

“Am now going to tell you what exactly Gayathri Manthra is”

“While Lord Brahma is the gross body of Gayathr manthra; Lord Vishnu is it’s subtle body and Lord Siva the causative body of this all powerful manthra..”

“It means Goddess Gayathri is not only the mother of all the holy Vedas but Gayathri manthra is also the sanctity by itself that keeps all the fourteen lokas sacred..”

Subbarao,you should also know that..

“It is also for this reason it is said “..since the twenty four powerful beejaksharas in Gayathri manthra represent the twenty four vital organs of a human body,it’s daily recitation would protect it’s chanter’s all twenty four body parts from diseases..”

“It is also the recitation power of this Gayanthri manthra that metamorphosed rajarshi Viswamithra – the magical magnifico (manthra drashta) behind Gayathri Manthra – to Brahmarshi Viswamithra..”

Every chanter of Gayathri manthra should bear in mind..The bad energies in a chanter of Gayathri manthra may not start diminishing as soon as he begins the recitation of the manthra but would gradually and certainly go over a period of time..Anyone,however sinful his past might be,may still recite this manthra if only he decides to walk the path of righteousness forever..”

Saying so,the divine female voice stopped Her speech…Waiting in anticipation to hear furthermore from the divine voice,Subbarao remained static in his sitting posture,with both his eyes closed..

After waiting for a few more seconds that way,he slowly opened his eyes only to find a dazzling deity of Goddess Gnana Saraswathi Devi in the Garbha Griha gazing at him with a gentle smile in Her glowing eyes..